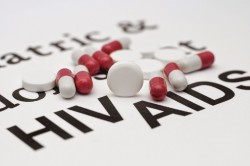 Following the results of the START trial, new BHIVA treatment guidelines have been released:

The new draft guidelines, published for consultation this week, say that anyone living with HIV who understands the commitment of treatment and is ready to start should receive treatment. The change – from a recommendation to start treatment before the CD4 cell count falls below 350 cells/mm3 to treatment for all – follows the results of the START trial, a keenly awaited international study of when to start treatment.

The START study showed that starting treatment at a CD4 cell count above 500 cells/mm3 reduced the risk of death or serious illness by 53% compared with waiting to start treatment until the CD4 count fell to 350 cells/mm3. Although the absolute risk of death or serious illness was small – 3.7% of people in the deferred treatment arm became seriously ill or died, compared to 1.8% in the immediate treatment group over three years of follow-up – the BHIVA guidelines committee concluded that the evidence now supports offering treatment to everyone prepared to take it.

Two other recent studies, the Temprano study and HPTN 052, also influenced the decision to offer treatment to all. Temprano, a study conducted in West Africa, showed that starting treatment at a CD4 cell count above 500 reduced the risk of serious illness and death by 44% when compared to starting treatment at lower CD4 counts.

You can read more at aidsmap here.